LEGAL GUIDANCE YOU CAN COUNT ON SCHEDULE A CONSULTATION

HOW CAN SOMEONE PREPARE FOR THE 341 MEETING OF CREDITORS?

People will need to bring their picture ID 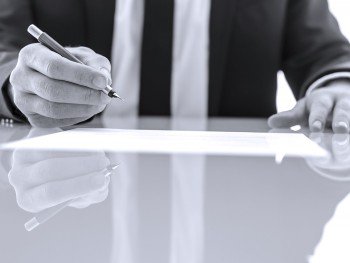 issued by the state in preparation for this meeting. Their driver's license or state ID card will suffice. Sometimes a school ID card with a photo on it would be sufficient. They need to bring their social security card. If they do not have one, they need to get a duplicate from the social security department. Typically, some people will bring their most recent pay stubs. Other documents are provided in advance to the trustee besides the papers that are filed with the bankruptcy court. Those would include things like the last couple of years' worth of income tax returns, the last three months' worth of bank statements for all accounts, and any titled vehicles, deeds or mortgages. Those are provided in advance to a trustee that has an opportunity to review them before meeting with the debtors.

AT WHAT POINT IN THE BANKRUPTCY PROCESS DOES THE 341 MEETING OF CREDITORS TAKE PLACE?

The 341 meeting usually takes about a month after the petition is filed, give or take a few days. They usually try to give about a month's notice to the debtors and creditors.

WHO WILL GENERALLY ATTEND THE 341 MEETING OF CREDITORS?

Usually, the debtors, the debtor's attorney, and the trustee will be attending this meeting. In ninety-nine percent of the cases, that is the only people who will be at these meetings. Most times, we just set it up in a conference room, and several people will wait for their case to be called. Everyone waits together until his or her case is called. Sometimes a creditor or their attorney will show up. Sometimes the United States trustee who supervises Chapter 7, or 13 trustees may show up, but that happens less than one percent in most cases.

WHAT SORT OF QUESTIONS DOES THE TRUSTEE TYPICALLY ASK AT THIS MEETING?

First, they are going to ask your name and address, and you are to identify his or her social security number. They will then ask them if the debtor has reviewed the documents that were filed, and that these are the documents, which were previously signed and filed with the courts. Were they accurate and complete? They will ask them if there were any changes. Things that they may have remembered after filing that should be added or changed in the documents. Some trustees have written questionnaires, and it could shorten the process, some do not. They will then ask standard questions like, 'Have you paid any creditor more than $600 in the three months before you filed?" "Have you paid any family members any money in a couple of years before you filed?" "Have you transferred any property to anyone in a couple of years before you filed?" If so what? What did you get back? They may ask how one values their home, their car, and then they will go through things such as income tax returns, and bank statements. They will look for anything that is out of the ordinary and may want explanations. Typically, if there are items that do not match up, such as large deposits that do not match their pay stubs, they might want to know what transpired for this big deposit. If there are checks going out, large checks that look out of the ordinary, they may want to know what the check was for, who it went to, and why.

WHAT HAPPENS IN THE BANKRUPTCY PROCESS AFTER THE COMPLETION OF THE 341 MEETING OF CREDITORS?

The bankruptcy process depends on whether it is a Chapter 7 or a Chapter 13. They are massively different. In a Chapter 7 case, if the trustee is satisfied that they have all the information they need, and there are no assets for them to liquidate, they file a report with the court that is called a "no-asset report." It says to the court, I have completed my investigation. There is nothing I can sell, so I can pay the creditors. I want to be discharged as the trustee. There is a period of time where the trustee can object to exemptions that are claimed. They have to file an objection with the court. There is a period where the creditors or the trustee can object to the debtor getting a discharge, and they have to file an objection with the courts. In ninety-nine percent of the cases, that does not happen. Once the time has passed, the court issues a discharge order, and then the case is closed. If the trustee thinks that there is property that needs to be turned over, they typically contact the debtor's lawyer and request the turnover. If the trustee thinks that somebody else has property or funds that should rightfully be turned over, they will request that. If funds are not turned over, a motion may be filed with the court to compel a turnover. I have been practicing this kind of law for a long time, and have never had a motion filed. It usually is worked out with a trustee if there is something to be turned over. If there is something that is turned over to a trustee, then the trustee will send out a notice to creditors to file a claim, and they will liquidate that asset, and use the money to pay all the creditors. That does not hold up a discharge, it just may hold up the closing of the case. For more information on Preparing For 341 Meeting Of Creditors, a free initial consultation is your next best step. Get the information and legal answers you are seeking by calling today.