What Is The Means Test In Relation To Bankruptcy? 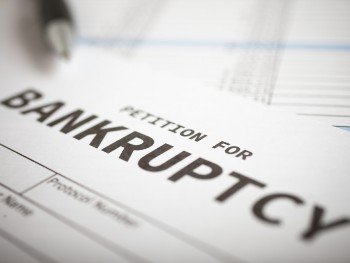 Before Congress revised the bankruptcy laws in 2005, it was up to the debtor to choose whether they would file a Chapter 7 or a Chapter 13. If the debtor chose to file a Chapter 7, the court could deny a Chapter 7 discharge and require a debtor to file a Chapter 13 if the judge of the bankruptcy court felt that the debtor actually had a meaningful ability to pay his creditors, and was abusing the process by filing a Chapter 7. There had to be substance abuse for the court to do that. In 2005, Congress attempted to come up with an objective standard to determine whether filing a Chapter 7 would be an abuse of the process. They created this thing called the means test. The means test looks at the last six months of gross income for all members of the household, and annualizes it and compares it to the median income for the state in which the debtor lives. If the income is below the median, it is not presumed to be an abuse to file a Chapter 7. If it is above the median, according to the census bureau statistics, then the debtor can take certain standardized deductions, and certain individualized deductions to bring down the amount of income. The goal is to try to determine what the debtor's disposable income is, and what their projected disposable income will be. And if a meaningful payment can be made to creditors based on the determination of disposable income.

IS THE MEANS TEST USED TO QUALIFY FOR A CHAPTER 7 BANKRUPTCY OR IS IT USED FOR CHAPTER 13 AS WELL?

It affects both Chapter 7 and Chapter 13. The means test has to be done, completed, and filed with the court. The calculations have to be filed with the court in both Chapter 7, and Chapter 13 cases, at least where the debtor's debts are primarily consumer debts. Business debts are treated differently, and so are business debtors. You have to do the calculations for both. In Chapter 7 the means test determines whether filing a Chapter 7 would be an abuse; if not, the debtor has qualified for a Chapter 7. If it is an abuse, then debtors are required to file a Chapter 13. In Chapter 13, the means test is used to determine how long a debtor must commit his or her future income to the repayment of creditors. This is called the Applicable Commitment period. In Chapter 13, debtors must commit all of their disposable income to the repayment of their debts over a period between three to five years. On the means test if it turns out that an individual is below the median income for their state and household size, their commitment period, is three years. If they are above the median, their commitment period is five years. Therefore, it affects both Chapter 7 and Chapter 13.

WHAT ARE THE INCOME REQUIREMENTS NEEDED TO PASS A MEANS TEST?

WHAT ARE THE SPECIFICS ON HOW THE MEANS TEST DEALS WITH EXPENSES PERTAINING TO SUPPORT OBLIGATIONS?

In doing the means test, Congress has adopted the IRS field office collection manual for determining reasonable expenses. You are allowed to have these standardized deductions. If you have a household of one, you get a certain amount of money for food. If you have a household of two or more, it changes the numbers. The calculations change that way. For example, when it comes to things like court-ordered support, if you have a debtor that is paying child support and the child is not living in the house, he can deduct the amount of the child support payments on the means test. By the same token, if you have a debtor that is receiving child support payments, the amount of money that is received goes into calculating disposable income on the means test.

WHAT IS THE MARITAL DEDUCTION ADJUSTMENT?

The marital deduction adjustment is when you take the gross income for all members of the household. Therefore, if you have a husband that is filing bankruptcy, and has a lot of debt, but the wife is living in the same household but not filing, you are automatically including all of her income into the house or into the calculation. She is not required to pay her husband's debts, so you are allowed to adjust that for the debts that she is paying herself. Her credit cards, her medical bills, her car payments, all of those things that are her individual expenses, such has her trips to the spa, or to the gym that are not contributions to the household expenses, can be deducted and adjusted down, so that the bottom line disposable income will be adjusted as well. For more information on Means Test In Michigan, a free initial consultation is your next best step. Get the information and legal answers you are seeking by calling today.

The 341 meeting of creditors is a meeting where the trustee meets with the debtors, who appear and answer questions, ...
Learn More

Homeowners have several options regarding the pending foreclosure of their home:
Learn More

Financial problems can happen to anyone, and you may need to consider bankruptcy. It can be difficult to figure out ...
Learn More

Request an informative consultation by filling out this form or calling Martin's office today.